Read all about the best banks in Nigeria

Looking for an accurate tally of the most reliable bank or the best bank you can invest with that can return high profitability in Nigeria? Do not wander far as this article contains the “Top 10 best banks in Nigeria” for the year 2022.

Gone are the days when people were tempted to hide/save their money beneath loose floorboards in the house, piggy banks, or in a hole that might put their fund’s safety at risk due to lurking eyes.

Banks have been introduced for quite some time now, it’s a  financial institution that you can deposit your money into, request loans from, and also invest in return for high profitability.

Individuals, business owners, large corporations, and a diversity of customers with various backgrounds have also turned to deposit money in banks and you should too.

But with so many banks in Nigeria now (both regulated and non-regulated), it can be so difficult to choose which one to go for.

This is why this article is written to list the “Top 10 best banks in Nigeria” for 2022 so you can choose to go for the best among the rest.

Without much further ado, let’s get started.

PS: The banks on this list are ranked according to TheBanker rankings. 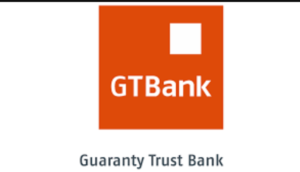 The Bank received a universal banking license in February 2002 and was later designated as a settlement bank by the Central Bank of Nigeria (CBN) in 2003.

UBA has been offering outstanding services to African households, businesses, and societies since 1949.

Access Bank Plc has grown from obscurity to become a world-class African financial organization during the last 26 years.

They are now one of Nigeria’s top five banks in terms of assets, loans, deposits, and branch network, a feat accomplished via a long-term commitment to client solutions – delivering committed and inventive guidance. 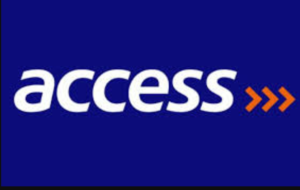 Access Bank developed its strength and success in corporate banking, and it is now extending that knowledge to the personal and business banking platforms it acquired in 2012 from Nigeria’s International Commercial Bank.

The following two years were spent integrating the company, investing in infrastructure, and expanding the product line.

FirstBank had 1.3 million shareholders worldwide, was listed on the Nigerian Stock Exchange (NSE), and had an unlisted Global Depository Receipt (GDR) program, all of which were transferred to FBN Holdings in December 2012.

Ecobank is dedicated to economic growth in Sub-Saharan Africa. The first Ecobank affiliate launched in Togo in October 1985.

Despite the political turmoil in Africa during the 1980s, the Ecobank Group launched branches in five African countries in 1988, defying all obstacles. The group’s scope grew from five to twelve nations between 1997 and 2001.

The Ecobank Group has become a world-class institution and an African torchbearer. The Ecobank brand is linked with banking in Africa, with a presence in 35 countries in Sub-Saharan Africa.

The Union Bank of Nigeria (UBN) was founded in 1917 and is one of Nigeria’s oldest and most reputable financial organizations, providing a wide range of banking services to individuals, SMEs, commercial, and corporate clients.

They have stayed devoted to helping individuals, families, and businesses flourish for more than a century, with a comprehensive geographical network that includes more than 293 service centers and over 937 ATMs dispersed across Nigeria.

Fidelity Bank is a full-fledged commercial bank with over 5 million customers served through its 250 branch locations and numerous digital banking channels in Nigeria.

Fidelity Bank is aggressively executing a digital-based retail banking strategy that has resulted in exponential growth in savings deposits over the previous six (6) years, with more than 40% of customers enrolled in the Bank’s flagship mobile/internet banking products.

Fidelity Bank Plc, which is listed on the Nigerian Stock Exchange (NSE), began operations as a Merchant Bank in 1988. It changed its name to Commercial Banking in 1999 and then to Universal Banking in February 2001. In 2005, the previous FSB International Bank Plc and Manny Bank Plc merged to form the present bigger Fidelity Bank.

Sterling Bank (formerly NAL Bank) has grown from a leading investment bank to a full-fledged commercial bank over the course of its 60-year history. In 2006, it merged with four other banks – Indo-Nigeria Merchant Bank, Magnum Trust Bank, NBM Bank, and Trust Bank of Africa – as part of the Nigerian banking industry’s consolidation.

Customers are the number one priority at Sterling Bank, and their opinions are valued. They’ve made certain that there are numerous ways to communicate with them.

Whew, hope the list is not too long for you? Just trying to look out so you get to make the right choice and choose a reliable bank to start banking with in Nigeria.

If you have any questions or want to add to the content on this page, comment down below.